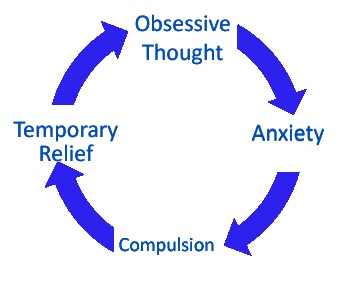 The last two days have been rough as f*ck, with two OCD themes playing off each other (the suicidal theme and some obsessive anxiety about something else which I won’t go into here at the moment). I’m noticing more of my compulsions (both external, actual behaviour, and internal mental processes) that I didn’t previously realise were compulsions:

Doing ERP without really facing my fears (so doing ERP has become a compulsion, weirdly and annoyingly)

Trying to conjure up my fearful thoughts so that I can practise ERP, in order to feel better and get rid of the thoughts

Scanning my brain for suicidal thoughts to prove to myself that if they’re not there, I don’t want to kill myself.

Checking my feelings: so if I’m feeling okay and a suicidal thought comes in, does that mean it’s real? How normal was I actually feeling? Am I just tired? But what if it happens when I’m not tired? Does that mean it’s real? If this isn’t real, then what the hell is, because it sure as hell feels real, even though I don’t want the thoughts. Maybe I’m just in denial?

And so it goes on…